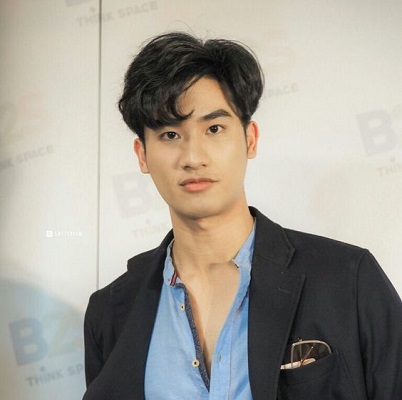 Tay has his own traveling program, Traveling fest with Tay Tawan

Tay was a drum major during his university day

Since his University day, Tay was close with Tul Pakorn, Neng Sarun and Pat Chatburirak because all of them were drum majors

Tul Pakorn even addressed Tay’s Mom as his Third Mom

Tay has 2 sisters ( I’m not sure about his 2nd sister, is she older or younger ) and a little brother

Recently He gets a new nickname, Mr. Love

He said that Gun Atthaphan is his Pet, and Gun would say that Tay is his pet.

Tay is one of the hosts on famous music show in Thailand, FIVE LIVE FRESH with Gun Koorawit, New Thitipoom, Off Jumpol and one other guy (i don’t know his name)

Tay and New Thitthipoom are even closer after they became a couple in series, they even go to Pukhet together on Valentine’s day, that’s make other keep teasing them.

Tay and New also has program together called TayNewMealDate

When he was been told to described his friends with one word, he said

Fans said that Pluem Purim and Frank Thanatsaran are Tay and New Thittipoom’s Sons (some fans said Neng Sarun also their son) and they really play along with it.

Tay can’t dance, and he really hate it.

His grandmother own a private school.